Lift the Arms of Our Leaders 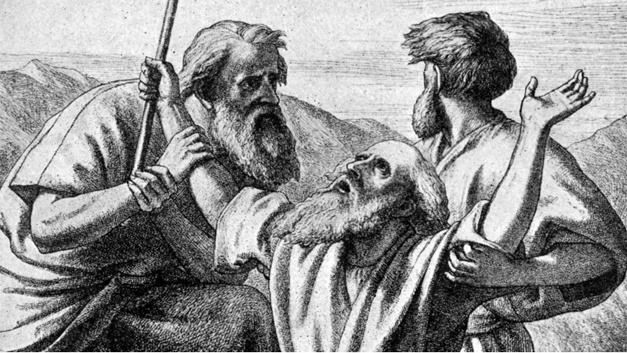 Prayer Support: Lift the Arms of Our Leaders

When the Israelites were at Rephidim, they were attacked by the Amalekites. So Moses told Joshua, “Have some men ready to attack the Amalekites tomorrow. I will stand on a hilltop, holding this walking stick that has the power of God.” Joshua led the attack as Moses had commanded, while Moses, Aaron, and Hur stood on the hilltop. The Israelites outfought the Amalekites as long as Moses held up his arms, but they started losing whenever he had to lower them. Finally, Moses was so tired that Aaron and Hur got a rock for him to sit on. Then they stood beside him and supported his arms in the same position until sunset. That’s how Joshua defeated the Amalekites. (Exodus 17:8-13)

The evangelist Billy Graham would often go to the capitol of our nation to counsel and pray with and for our leaders. He understood that those who lead need God’s guidance in their decision making. An illustration of leadership support is emphasized in the Exodus passage above.
In the  account, Moses is informed by God that the Israelites are going into battle against the Amalekites, and God’s provision is that, as long as Moses’ arms are raised, God’s people will be victorious against their enemies. But should Moses’ arms fall, the enemy will win.  As long as the leader looks to God and lifts up the staff, and the people look to the leader, the people will win. On the other hand should the leader tire and lower his hands, the enemy will be victorious. We know from scripture that Moses was in constant conversation with God, and as leaders we must always keep our arms lifted in prayer and praise. But sometimes lengthy battles or difficult circumstances may zap our strength. It is in those times of limited strength when we need the support of others.

In the Exodus passage above, the battle raged on for a lengthy period of time. As it continued, Moses legs began to weaken. So Aaron and Hur sat him on a stone to rest. After a while longer his arms began to tire, and under the weight of the staff his arms slowly began to lower. Subsequently the Israelite soldiers began to lose to their opponents.

As I reflect on this story, two things could have occurred. One is that Aaron or Hur could have simply stood by as Moses lowered his arms and accepted defeat as God's will. The second is that they could have assumed it was more important for the staff to be raised than for a weakened Moses to hold it and therefore lifted it themselves.

Because Aaron and Hur understood that Moses had this pact with God,  they made no attempt to assume Moses’ role in holding the staff, but to instead assist Moses by lifting his arms for him. Their trust in God and their faith in Moses led to God’s people prevailing in battle.

What I glean from this passage is that Godly leaders have a great responsibility, but they are not called to do it alone. and their decisions impact others and ultimately lead to success or failure.

Prayer and encouragement are the greatest supports we can offer for those who lead us. Therefore let us "lift the arms" of our leaders with our support, and we will find that, with God, we will win the difficult battles that arise. Let us continue to pray for those who lead us; especially those in the church.

Arms raised holding on to God Words leaving our rest in his arms.

Great words of Wisdom, Thy word is always a light onto my feet and a lamp unto my path Lord. ♥️