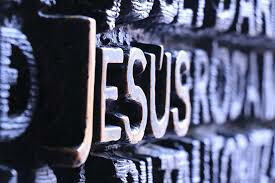 “I am praying not only for these disciples but also for all who will ever believe in me through their message.” (John 17:20)

Every now and again I will wear the attire of my two favorite teams, the Pittsburgh Steelers and the Baltimore Ravens. I like the team colors more than anything else. However, when I don these team hats and or clothing, people respond in one of two ways, positively or negatively. Either they begin to talk about key players or the overall performance and/or stats of the team with enthusiasm OR they see me as a rival and become offended when they see me proudly displaying Ravens or Steelers paraphernalia.

Because I am a nominal fan at best, I could not intelligently engage in the enthusiastic conversation or debate with those offended so I would simply nod in agreement or shrug my shoulders. Ultimately I had to consider how what I chose to wear made a difference in what people thought about me, or what message I may have been conveying.

In the John passage above, after Jesus prayed for his disciples, he began to also pray for the people his followers would lead to Christ through their witness. Thinking futuristically, Jesus knew the power of a positive impact on non-believers through the messages of faithful followers.

As we travel this summer and interact with others, we may want to consider what we might intentionally display to point others to Christ.

Back to my story; in case you are wondering how it ended. Although I was wearing team paraphernalia primarily because I liked the colors, there was an expectation by other people that I was an avid fan when in fact I am not. Because I knew about this expectation, I began to watch the games and read the stats, so I might at least engage in a somewhat intelligent conversation around the teams for which I was wearing the team hats or t-shirts.

Taking a lesson from that we as believers should always be well versed in the Bible and prepared to share the message of Christ to whomever may inquire.  Have a great summer.